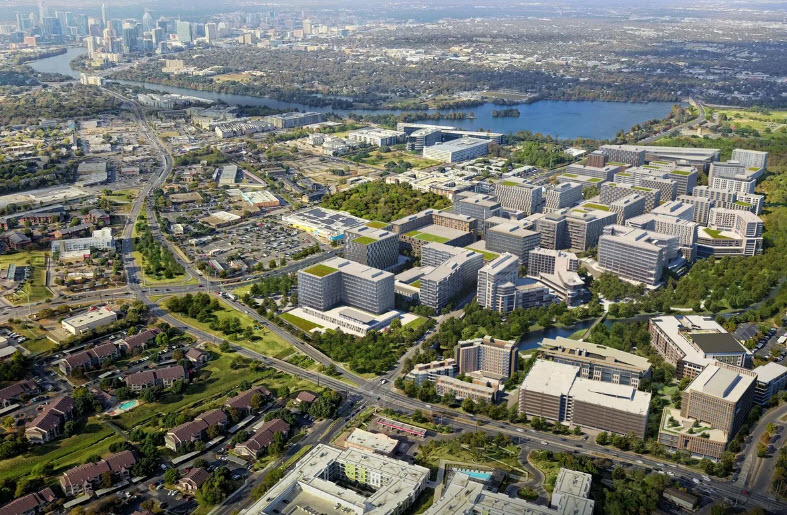 A major mixed-use development planned along East Riverside Drive in Austin is getting a dozen acres bigger, and the project’s cost could top $4 billion. Initially known as 4700 East Riverside, the project has been rebranded with the new name River Park. Critics have likened the River Park project to a Domainlike development, after the mixed-use development in North Austin that is known as Austin’s “second downtown” and it would be double the size of the Domain once completed.

If you are unable to open the link/article above, please let me know so I can get it to you another way.

We're always available to help out, get in touch with us any time, or shoot us an email.

Thank you for contacting us, we'll get back to you shortly.

Sorry, we are unable to send your message at the moment. Please try again later.